Written by Hovhanna Torosyan on 18 April 2019. Posted in Tortures

The Court of Appeal has partially satisfied the complaint of the representative of Hasmik Sargsyan, who was subjected to tortures in the Syunik region. The judge Rubik Mkhitaryan recognized the fact of violation of Hasmik Sargsyan's rights and freedoms and sent the case for effective investigation in the Special Investigation Service. Her representative, the advocate Ara Gharagyozyan informed about it.

Soon after the decision on quashing the case had been received, Ara Gharagyozyan filed an appeal on an improper investigation into the torture case. David Balayan, the judge of Yerevan Court of General Jurisdiction, rejected the appeal filed by Hasmik Sargsyan's representative.

According to Hasmik Sargsyan, she was subjected to torture in the police department to make her testify that she had stole at least ten thousand, but not four thousand drams.

Written by Nina on 20 January 2017. Posted in Tortures

Written by Hovhanna Torosyan on 06 February 2014. Posted in Tortures

Written by Nina on 15 October 2013. Posted in Tortures

On 14th of October continued hearing of “Banda`s Case” at Court of General Jurisdiction of Kentron and Nork-Marash Administrative District.
Here is the video without comments.
Video by Helsinki Association

Written by Arman Veziryan on 29 November 2012. Posted in Tortures 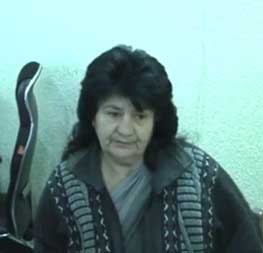