Clash between police and protesters

Written on 03 March 2011. Posted in Freedom of Assembly 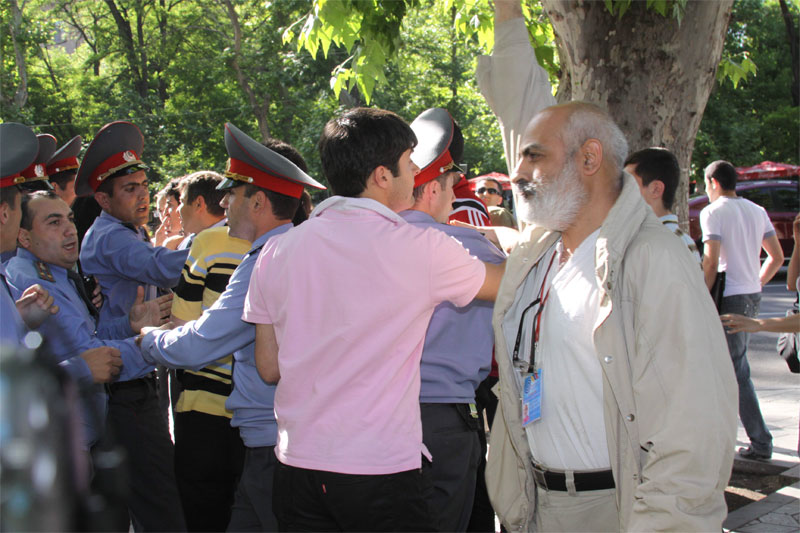 On March 3rd 2011, a clash took place between police officers and demonstrating street traders during a protest in front of the Armenian government building. Some demonstrators, including former political prisoner and Armenian National Congress (ANC) opposition party activist, Vardges Gaspari, were taken to the police Department of Kentron district. Police officers prohibited Gaspari’s lawyer from entering the police station.

Deputies from the “Heritage” political party also attended the protest. MP Anahit Bakhshyan had to be taken to hospital as a result of being beaten by police. MPs Zaruhi Postanjyan and Armen Martirosyan were also assaulted by police officers.