Next falsified case in Mehrab. Videos 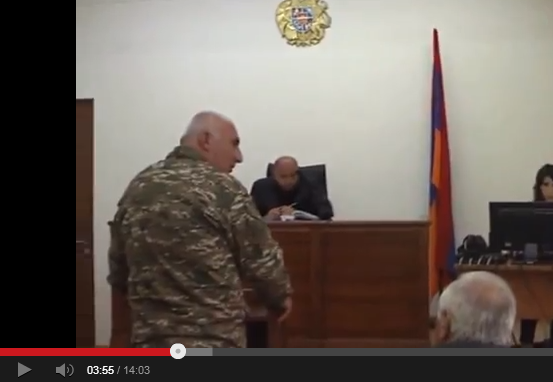 During examination of current case almost all witnesses rejected their testimony and announced that they were pressed to testify that way.

During this hearing none of the witnesses was present. Witness Artur Vardanyan`s testimony was announced according to him, he hadn`t seen the accident and he was told about the case, however, he hadn`t mention the source of information and that`s why advocate Ani Torosyan applied to reject his testimony from the line of proves. The Court decided to take into account during the verdict.
Ani Torosyan gave an interview to monitor of Helsinki Association Arman Veziryan and said that current criminal case was fake and prosecutor should refuse from his charges.