A decision of the court about examination filed by A. Zeynalyan, representative of victims assignees

A decision of the court of first instance of Kentron and Norq-Marash districts(24/05/2010) about claim examination filed by A. Zeynalyan, representative of victim's assignees.

Objections brought to the court about the claim signed by A. Zeynalyan and lawyer V. Grigoryan

Objections brought to the court of first instance of Kentron and Norq-Marash districts about the claim signed by A. Zeynalyan, representative of victim's assignees and lawyer V. Grigoryan

The Court is not Impartial 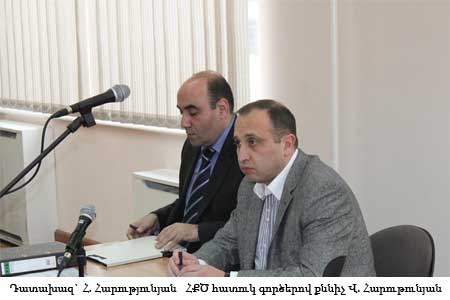 On May 5, 2010, the Court of First Instance of Kentron and Nork Marash districts continued hearings into the case of assignees’ representative of March 1 victims Tigran Khachatryan, Gor Kloyan and Armen Farmanyan who died of a ""Cheryomukha-7" special device.

Artak Zeynalyan, representative of assignees is challenging the inactivity of the RA Prosecutor General's Office and the Special Investigation Service for not doing anything to reveal the death circumstances of the victims during the 2 years.
During the trial A.

Inactivity of Law-Enforcement Bodies Is Being Appealed 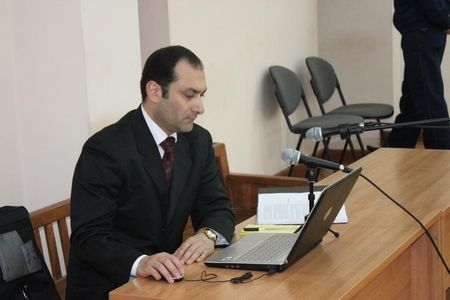 In April 2010 Artak Zeynalyan, the assignees’ representative of 9 victims of the events of March 1, 2008 applied to Court with a claim to terminate the inactivity of the Special Investigation Service (SIS). Artak Zeynalyan claims that the SIS did not do anything to reveal the death circumstances of those 9 victims.