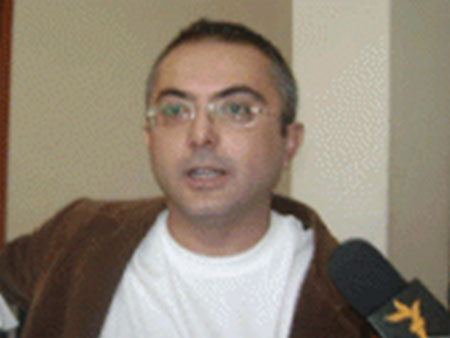 It became known on Wednesday morning that the member of the Monitoring Group of the Helsinki Association Arshaluys Hakobyan has passed away in Toronto (Canada) at the age of 38. Hakobyan was in Canada, asking for political asylum. He was forced to apply as a result of continuous harassment by the Armenian authorities.

Hakobyan was arrested by Armenian law enforcers after he made a public statement when he was illegally obstructed from carrying out his duties as an observer of the Armenian Helsinki Association during June 5 2009 Mayor elections in Yerevan.

He was arrested on June 5th at his own flat with the pretext of resistance to police, after he refused to follow the two policemen who entered his room and handed invalid summons to him. Hakobyan underwent beatings and inhuman treatment at the Police Department of Kentron District, Yerevan before being taken to the Investigation Department of Kentron district. He was acquited on 6th of February 2010 when the court of general jurisdiction of Yerevan communities Centre-Nork-Marash has passed a verdict of "non-guilty".

Hakobyan has a wife and two children in Yerevan.

The "South Caucasus Network of Human Rights Defenders" has actively supported Arshaluys Hakobyan in the past and condoles with Arshaluys’ family, colleagues and friends