Monitoring Committee co-rapporteurs call for reform projects to be implemented 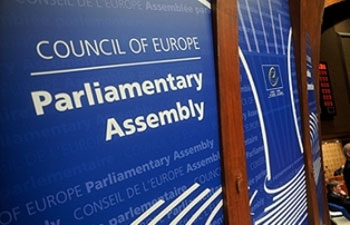 Strasbourg, 14.04.2011 - While welcoming the authorities' many initiatives for electoral reform and reform of the judiciary and the police, the co-rapporteurs of the Monitoring Committee of the Parliamentary Assembly of the Council of Europe (PACE) on the honouring of obligations and commitments by Armenia (John Prescott, United Kingdom, SOC, and Axel Fischer, Germany, EPP/CD) say that it is now time for these initiatives to be translated into action.

The rapporteurs emphasise in an information note that legislative changes alone are not sufficient and "should be accompanied by policies aimed at changing existing practice and mentalities". According to the note, the ongoing detention of certain persons for their role in the events of March 2008 and the lack of a proper inquiry into the causes of the 10 fatalities which occurred at that time "continue to poison the political environment in Armenia" and could well have "a negative impact on next year's elections". It is pointed out in the note that the current status quo with regard to reforms, combined with political polarisation and the deteriorating social and economic environment, "could potentially lead to renewed social unrest if unaddressed and not followed by genuinely democratic elections".

In the information note by the co-rapporteurs on their fact-finding visit to Yerevan (16-17 March 2011) It is stated that “….Тhe continued detention of the number of persons in prison in relation to the March 2008 events and especially of two prominent members of the opposition, Mr Nikol Pashinyan and Mr Sasun Mikayelyan, continues to be a main impediment for the normalisation of the political situation. However, it is clear that the authorities consider Mr Pashinyan and Mr Mikayelyan to be the main leaders of the March 2008 events and are not willing to demonstrate any leniency towards these two persons. In our view, their continued detention is also highly problematic for several other reasons. Both the grounds for Mr Pashinyan’s conviction, as well as the manner in which his sentence was handed out, raise very serious questions. As for Mr Mikayelyan, his health is reportedly deteriorating rapidly and he should therefore be considered for early release on humanitarian grounds as suggested by the Human Rights Commissioner during his recent visit to Yerevan in January 2011. We also urged the authorities to release Mr Mikayelyan on humanitarian grounds. Mr Pashinyan is normally eligible for parole in June 2011. Any obstacles placed in the way of his release at that time would raise serious doubts about the political will of the authorities to resolve that issue satisfactorily. Electoral reform is a key element of the reform package of the authorities. The reforms in this area are especially important in the light of the upcoming parliamentary elections that are foreseen for May 2012. The current Law on Meetings, Assemblies and Manifestations, if implemented coherently, could adequately guarantee the right to Freedom of Assembly in Armenia. The recent developments in the media environment have given rise to some controversy, especially in relation to the recent tender for broadcasting licences, in which the bid of A1+ was - once again - rejected. While not wishing to comment on the merits of that decision, especially since it is still sub judice, we stressed on all occasions that the pluralism criterion has not been sufficiently taken into account by the licensing authority when making its decision. As a result, the tendering process did not lead to a more pluralist media environment, which was one of the recommendations of our Assembly. This matter should be urgently addressed by the authorities”. The rapporteurs intend to write a report on the functioning of democratic institutions in Armenia, for debate at the autumn 2011 part-session of the Assembly.
See Full text of information note