Police officers pushed Veziryan aggressively and struck him from behind. They then tore the Helsinki Association monitor’s badge from his neck, withdrew and threw his regular camera to the ground, breaking the lens.
After the incident, Veziryan informed the Commander of the Yerevan district Police Patrol-Guard Service, Valeri Osipyan, about the assault and the violence employed against him. In response, Osipyan accused Veziryan of fabricating events, answering "Why are you lying?" 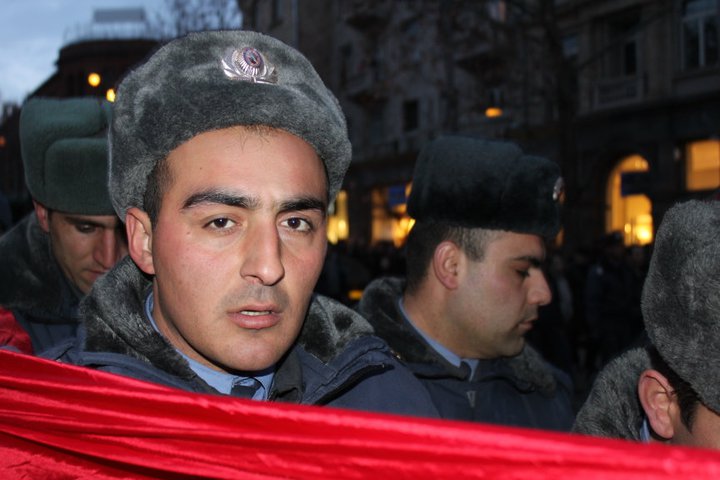